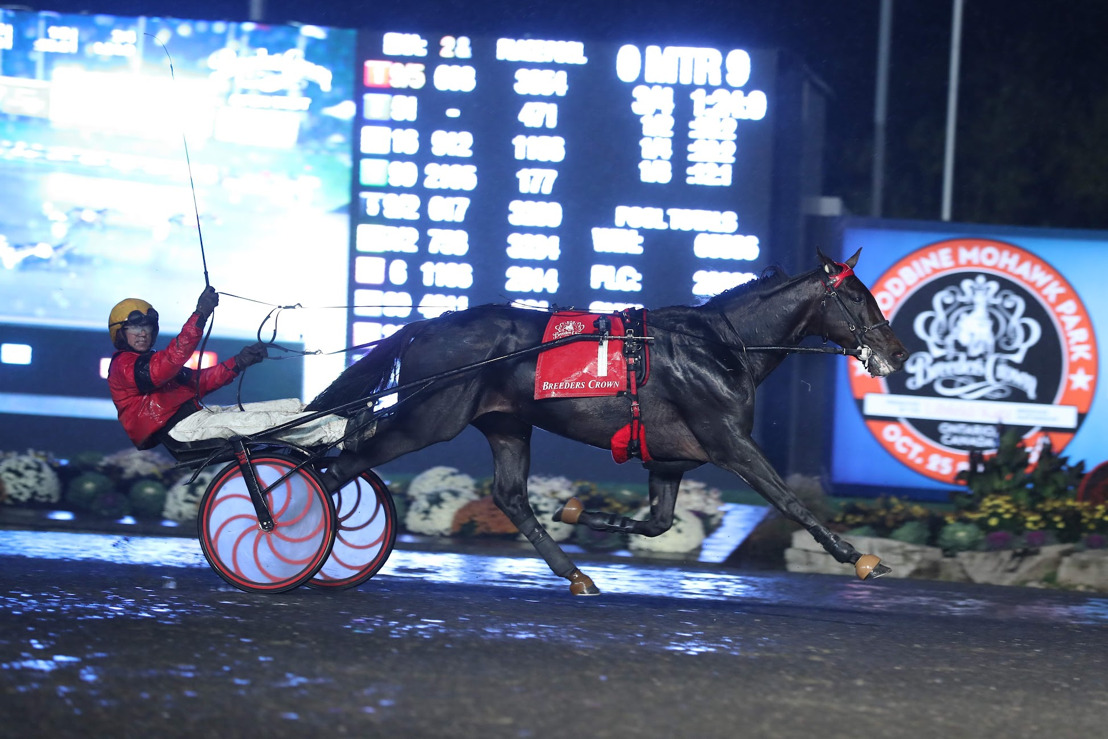 Eliminations, if necessary, for freshman races will be held Friday, Oct. 21, with three-year-old and older eliminations raced Saturday, Oct. 22. Finals for two-year-olds get underway the next Friday, Oct. 28 with sophomore finals and open events following on Saturday, Oct. 29. All Breeders Crown divisions are now guaranteed at $600,000, with the exception of the Open Mare Pace and Trot which have been raised to a minimum of $350,000.

Woodbine Entertainment last hosted all 12 events in 2019, smashing handle and attendance records at the seven-eighths mile track, with $11.1M wagered over the four fall nights. The 2019 events were capped by a sensational victory in the Crown Trot by French star Bold Eagle, who retired with earnings of $5,878,322.

Woodbine Entertainment has hosted more Breeders Crown events than any other venue at their tracks of Woodbine, Mohawk and Greenwood, for a total of 152.

“The Woodbine name is recognized as one of harness racing’s leading brands and we are excited and proud to partner with them and bring the Breeders Crown series back to Canada,” said John Campbell, President & CEO of the Hambletonian Society, which owns and administers the races.

“Woodbine is thrilled to welcome back the Breeders Crown to Woodbine Mohawk Park this October,” said Jim Lawson, CEO of Woodbine Entertainment. “Hosting the Breeders Crown continues our commitment to a world-class racing product, and we’re focused on once again producing an exceptional two-night event showcasing the very best in our sport.”

The Breeders Crown series has typically crowned champions in every division for trotters and pacers and been the deciding factor in Horse of the Year honors.  A Breeders Crown title is one of the most coveted honors in harness racing.

The Hambletonian Society is a non-profit organization formed in 1924 to sponsor the race for which it was named, the Hambletonian Stake. The Society’s mission is to encourage and support the breeding of Standardbred horses through the development, administration and promotion of harness racing stakes, early-closing races and other special events.   For more information, visit www.hambletonian.com.