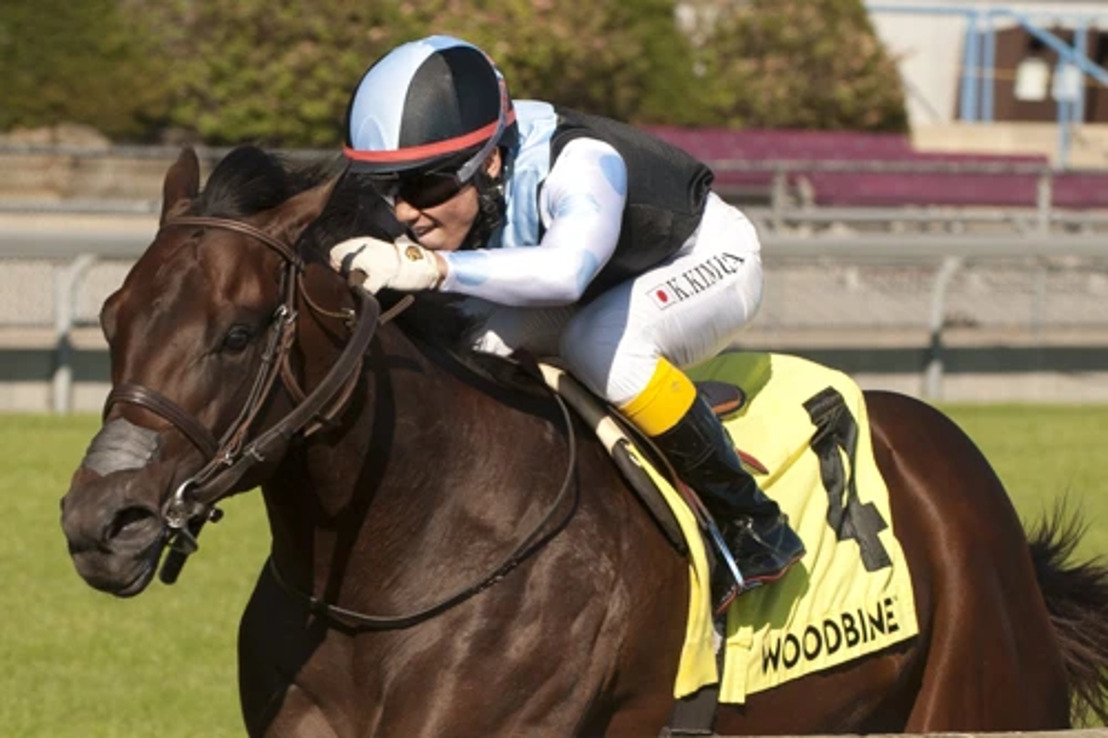 Battling butterflies: “We found some easier competition for him. I remember being very nervous. Gus was there with all his family and everybody from the office. The first runner for your new job, it’s a lot of pressure.”

High hopes: “I thought he would be in the top three, for sure. He was a nice, little fella, just a very honest horse.”

Moving on: “Then the party is over very quickly. When they break their maiden, they all say they’ve lose their best friend, and now they’re in winners’ company and it just gets tougher from there on in.”

Picture time: “I have that picture [Clever Detector’s win] in my office. It’s the only one that’s not a stakes picture.”

Memory lane: “I can still remember it [the win], but it does seem a while ago now. I have all the videos – I actually still have a VCR player – and sometimes I’ll throw a tape in and watch some of the memorable races. It’s great. I have all the pictures from my stakes wins. When my office at the track got smaller, I had to take some of the win pictures home and I put them in my basement. When I go down to do laundry or something, it’s nice to look at them while you’re doing something you really don’t enjoy.”

Reminders: “There are a few horses every once and a while someone will mention and I’ll say, ‘I don’t remember that one,’ but I do remember a lot of them.”

Jockey Kazushi Kimura guides Gretzky the Great to victory during the Summer Stakes on September 20, 2020 at Woodbine Racetrack in Toronto. Photo by Michael Burns.

Chasing glory: “In 2020, I was trying to be the leading rider, but I couldn’t. Well, that means for sure I’m going to work harder to be the champion. I’d also like to win the big races this year, the Queen’s Plate, Woodbine Mile, Northern Dancer – those types of races.”

Strong support: “For my fans, my biggest dream is that I become a top rider in the world. Every year I’m improving for my dream to come true. Please keep watching my life stories.”

Jim Menzies of Oakville, Ontario, started his Piano Bar ownership syndicate just four years ago and has introduced family, friends, and business colleagues to the exciting sport of Thoroughbred racing. Piano Bar had immediate success with its first yearling purchase, Red Cabernet, trained by Ian Black, who has sent the mare out to win eight races since 2017, two stakes events, and purses over $387,000.

Red Cabernet will be back in the Black barn for the 2021 racing season and Menzies and friends have bolstered their own stable by adding a quartet of newly turned 2-year-olds. One of those is Proud Speaker, the most expensive filly sold at the Canadian Premier Yearling Sale last fall at $82,000. The filly, by Mr Speaker, was bred by the late Gus Schickedanz.

Black, who is assisted by his son-in-law Jeff Bowen, also has stakes winner Dun Drum and promising 4-year-old filly Old Secrets ready to roll when the Woodbine season begins.

Check out Francatelli crown his rivals with a front-running score in the $100,000 King Corrie Stakes, on September 12, 2020.